Eugene Field was one of America's most popular poets. He was born in 1850 and died in 1895, and, during his very short life, he wrote more than 300 poems. But, he was a very special poet. He only wrote poems for children and was known as the Poet of Childhood.

And, Eugene Field not only knew about children, he loved them as well.

At the age of 21, Eugene Field married Julia Sutherland Comstock, and they had 16 children. And, it was for his children that he wrote most of his poems, and, night after night they fell asleep to the rhythm of his work. But, of course, Eugene Field had to work hard to support his very large family. And, with his writing skills, he became one of America's most popular newspaper columnists.

But, it was only in 1876 that Eugene Field started publishing his poetry. His first book was called A Little Book of Western Verse. It was an immediate success. But, his most popular poem was Little Boy Blue, a sad little poem about patient toys waiting for their little owner who toddled off to bed and died in his sleep.

And, sadly, Eugene Field died too early, too. He was only 45 years old. But, he hasn't been forgotten. In the Midwest of the United States of America there are more than 100 schools which are named after him. Eugene Field was a great American and he knew how to write about feelings, and, that's why Little Boy Blue was his greatest of all. It was a subject that most understood. It was close to very many hearts.

And now, here it is: Little Boy Blue

The little toy dog is covered with dust,
But sturdy and staunch he stands;
And the little toy soldier is red with rust,
And his musket moulds in his hands.
Time - was when the little toy dog was new,
And the soldier was passing fair;
And that was the time when our Little Boy Blue
Kissed them and put them there.

“Now, don't you go till I come,” he said,
“And don't you make any noise!”
So, toddling off to his trundle bed,
He dreamt of his pretty toys;
And, as he was dreaming, an Angel song
Awakened our Little Boy Blue.
Oh! the years are many, and the years are long,
But the little toy friends are true!

And, faithful to Little Boy Blue they stand,
Each in the same old place
Awaiting the touch of a little hand,
And the smile of a little face;
And they wonder, as waiting the long years through
In the dust of that little chair,
What has become of our Little Boy Blue,
Since he kissed them and put them there.
.
Vocabulary - 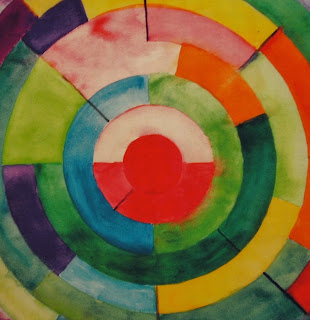 Click here to listen to Budapest Blues - with full text - on YouTube I never liked football. But, there I was at a match. England versus ... 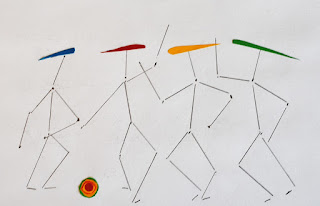