The Beats that Came out of the Shadows 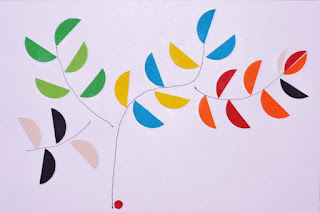 Karlsplatz is a beautiful square in Vienna. And, there I was on my way to a meeting. The weather was fine. A beautiful afternoon. Then, I slowed down. Coming from under the trees in the shade was a beat. I went over to look.

It was a group of drummers. About thirty or so. And, the drums they were playing were small. The drums were held between knees or balanced on laps. The drums might have been small, but the sound they were making was tremendous. I was intrigued and sat down to listen. 1 or 2 minutes wouldn't hurt.

I was glad. This was the very first time I had actually listened to drums. I discovered something new.  A beautiful feeling.  Drums were not only background, they were pure music, too. And, this was an amazing group of all ages. They had no notes to play from and no conductor to look to. The exchanging of glances was all that was needed. They were harmony pure, well practiced, and all very happy.

The group finished playing. I spoke to their leader. American.  The group was on its first tour of Europe. The next day was Moscow. A very heavy schedule. Was it a stress? Not in the slightest. Drummers never suffer from stress.

I got to my meeting on time. It was boring. Later I went back to Karlsplatz. The drummers had gone. I went for a beer. The waiter, who I knew well, gave me a look. He was surprised. I told him I wasn't  impatient. Only beating a song!

Karlsplatz Vienna. Slow down, keep your eyes and ears open, discoveries can even come out of the shadows.

The Beats that Came out of the Shadows.  Karlsplatz - a long time ago.

The Train from Veszprem to Gyor - A long ago journey.

It was a very hot day when we took the train from Veszprem to Gyor. We were in Hungary. And, our short journey north was full of summer ti... 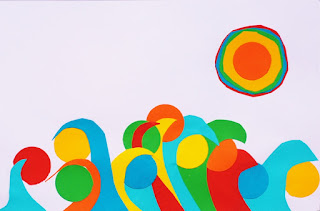