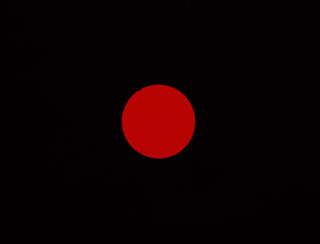 Alma Mahler was very well known in her day. Her father was Emil Schindler the famous Viennese artist; and Alma Mahler's first husband was the well known composer and opera director Gustav Mahler. Alma Mahler's life was made up of highs and lows, interesting people, adventures, and stories of all different shades. And, I discovered the following anecdote whilst reading Alma Mahler's autobiography.

It was July 1919. Alma Mahler and Franz Werfel were at the Prater, Vienna's famous funfair. And, Alma Mahler had been there before with her friend, the Austrian artist Oskar Kokoshka. And, they had seen something uncanny. An attraction with a very sad aura.

On this unhappy stand were life sized mobile puppets. And, all with miserable cynical looks on their faces. And, these mobile puppets were moving from left to right, right to left. Sometimes slow, sometimes fast. Stopping and starting. Unpredictable. And, winning a prize wasn't easy. With only 3 wooden balls, one had to knock off the hats of the puppets. 3 hard wooden balls and lots of impossible fun. Not many prizes were won.

It was, however, the owner's son who had caught Alma Mahler's attention. Waiting until it was safe to do so, this little boy would run around collecting the balls between the still moving puppets. And, this little boy, just like the puppets, was not happy at all.

And now, all these years later, Alma Mahler and Franz Werfel were looking for this very same stand. They asked for directions. They were told to follow the crowd. Everyone else was going there, too. Something had happened. Something to see.

Alma Mahler was shocked. She couldn't believe it. The little boy who had since become a young man was being taken away. Arrested. He had just killed his father. One hit on the back of the head with a hoe. The father's death had been instant. And, Alma Mahler caught a glimpse of the young man's expression. The very same sadness she and Oskar Kokoshka had seen years before.

Alma Mahler thought of Oskar Kokoshka. He had known. But, how had he known? Alma Mahler said nothing for the rest of the evening.